The addition of a little Milorganite now, whether you’re just preparing your vegetable garden or if you’ve already planted this year’s crops, will result in an abundant harvest throughout the season.

The phrase has grown so common it’s kind of a cliché: “There nothing like a home-grown tomato!” It’s likely so common because it’s true! Not just tomatoes. Nothing compares to growing your own produce. It’s the freshest you can get and there’s great satisfaction in growing and harvesting produce you’ve started from seed or plants from the garden center. 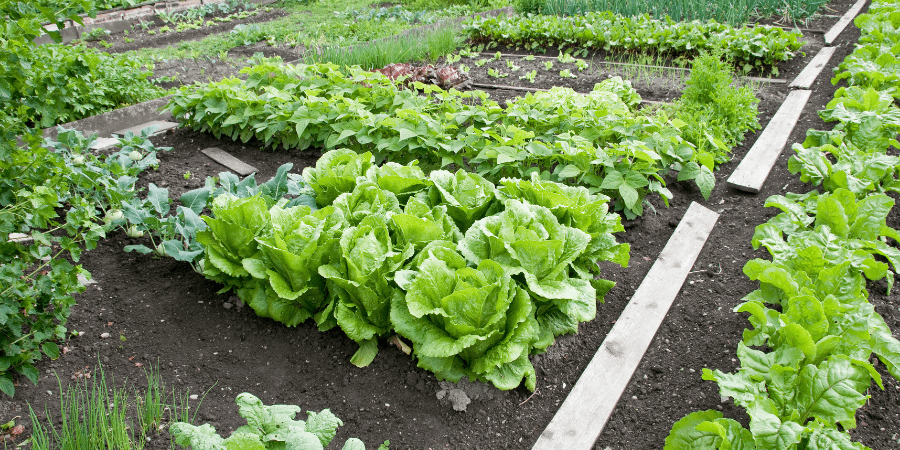 Milorganite feeds the soil, then your plants

The nutrients in Milorganite are eaten by the thriving ecosystem in your soil. Once the nutrients are released, they’re available to the vegetables in your garden over several weeks. Milorganite adds much needed nutrients to the soil and it’s abundant in organic matter, which conditions the soil and helps to retain moisture.

How much Milorganite for vegetable gardens?

Milorganite is a safe, slow-release fertilizer you can use on all your vegetables and flowers when used as directed. It’s also non-burning, so you can’t accidentally harm young plants.

Before planting, rototill or hoe to work into the soil 4.5 lbs (13 ½ cups) of Milorganite per 50 sq ft of garden. Work it in to a the rooting depth of the plants you’ll be growing. It’s like serving a buffet right where the roots eat. Now is also a good time to add 2–3 inches of organic matter, such as compost or composted manure, to the soil. A layer of mulch around plants will help keep weeds down and conserve water. 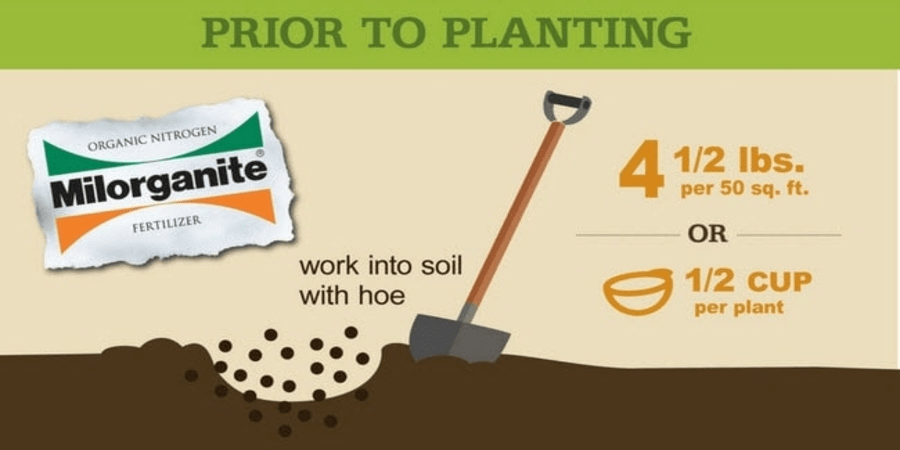 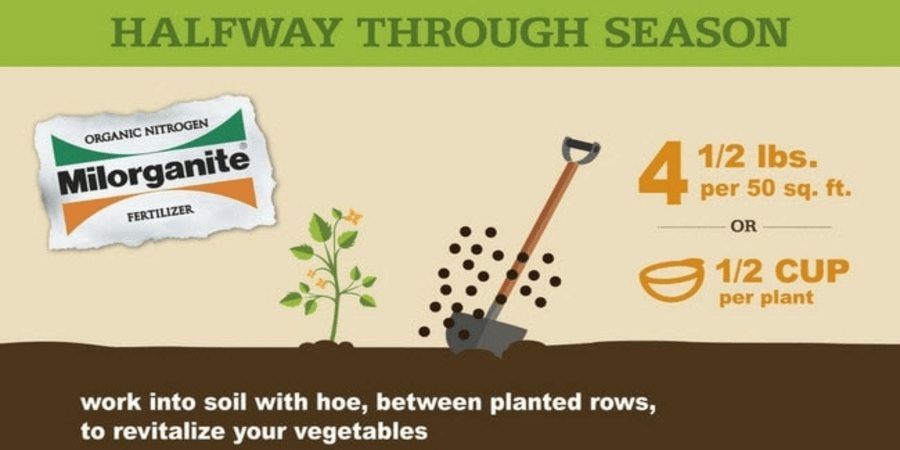 Add companion plants to your vegetable garden to discourage insects

Some plants are known to deter insects based on their natural aroma, oils, compounds, and even color. You can help naturally deter harmful inspects from munching on your vegetables by growing select plants together. It’s known as companion planting.

Some plants attract beneficial insects that dine on other insects that would be harmful to the vegetables you planted. Growing different plants and flowers in the same bed can add variety and a decorative element to your garden.

Here are just a few known companion plantings to consider.

Japanese beetles can be detrimental to your yard and garden, especially if you grow one of their favorites, including fruit trees, crape myrtle, and roses, among many others. Four o’clocks, which are easy to grow and have a lovely evening aroma, are a fatal favorite among Japanese beetles. The plants are poisonous and will kill the beetles. Careful, they’re also poisonous to people and animals, so keep kids and pets away.

Marigolds are one of the best-known plants for repelling a wide variety of insects and pesky animals, including rabbits. The scent from various types of marigolds repels a number of inspects, including aphids, mosquitoes, Mexican bean beetles, and whiteflies, and kills nematodes. Grow marigolds in sunny locations throughout your vegetable garden, especially near potatoes, tomatoes, peppers, eggplants, and roses. 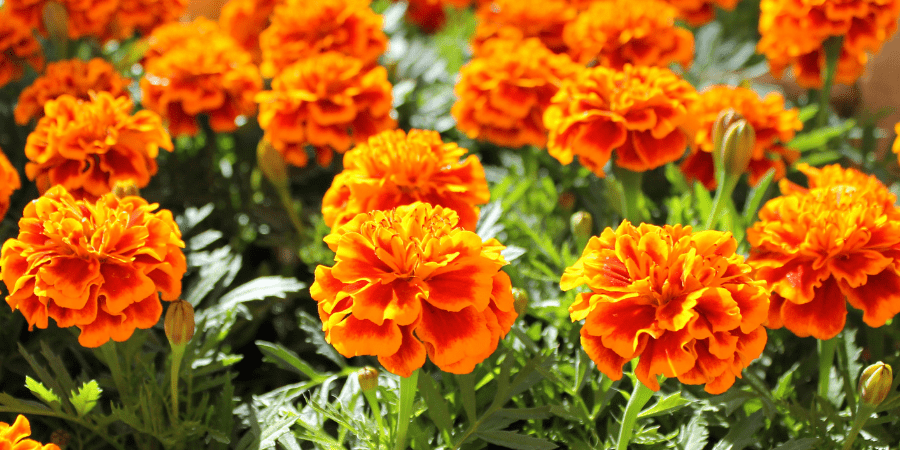 Petunias are an easy-to-grow annual, available in a wide-variety of colors, that can help repel a range of aphids, asparagus beetles, leafhoppers, squash bugs, and tomato hornworms, among other pests. Plant them in sunny areas near herbs and vegetables, particularly basil, beans, peppers, potatoes, and squash.

Companion plants can help to drive away pests, or in the case of the sunflower, they attract aphids and draw them away from harming other plants. Ants will move their colonies on to sunflowers. Sunflowers are tough and suffer no damage.

Research demonstrates Milorganite is safe to use on edible plants, great for tomatoes

A study conducted at the University of Florida grew tomatoes in test plots using natural organic fertilizers, a water-soluble fertilizer, and Milorganite then examined heavy metals, other elements of concern, nutrient elements, as well as other elements found in the fruit.

The study found that the amounts of elements varied by fertilizer application and “there were no significant differences in content of heavy metals and elements of concern of tomato fruits among plants fertilized with natural organic fertilizers, the chemical fertilizer, or biosolid fertilizer [Milorganite].” (Snyder, G., and Cisar, J. 2013. Heavy Metal Content of Tomatoes Fertilized with a Biosolids.)

A study conducted at the University of Wisconsin­–Madison found that Milorganite outperformed several other popular fertilizers, as well as a Milorganite-based fertilizer supplemented to achieve a higher nutrient analysis. The study found that Milorganite, at various rates, produced the greatest amount of tomatoes and that tissue analysis “showed that there were no significant differences in the amount of heavy metals found in any of the tomatoes, whether they were fertilized or not. In fact, unfertilized tomatoes sometimes contained the highest metal concentrations.” (Kussow, W., and J Iyler. 1996. Milorganite’s effectiveness as a fertilizer for tomatoes.)

Another study conducted at the University of Florida looked at the potential uptake of tricolsan, a commonly-used antibacterial and antifungal agent contained in soaps, deodorants, toothpastes, mouthwashes, and cleansing supplies, which all find their way into wastewater. Carrots, corn, and lettuce were grown using Milorganite in a controlled setting and analyzed for the amount of tricolsan present. In this study corn was shown to contain the highest levels of tricolsan, but still at a rate, according to the EPA, that is “without an appreciable risk of deleterious effects during a lifetime. Based on this value, a person weighing 154 lbs could consume 18.2 mg triclosan on a daily basis for a lifetime, without deleterious effects. To ingest [that amount] every day for a lifetime by eating sweet corn containing the amount obtained in the current study would require eating 1,349 lbs of sweet corn daily for a lifetime. Larger amounts would be required of the other vegetable crops.” (Snyder, G. 2012. “Uptake of the Pharmaceutical Triclosan in Vegetables Fertilized with a Triclosan-Containing Biosolids”) 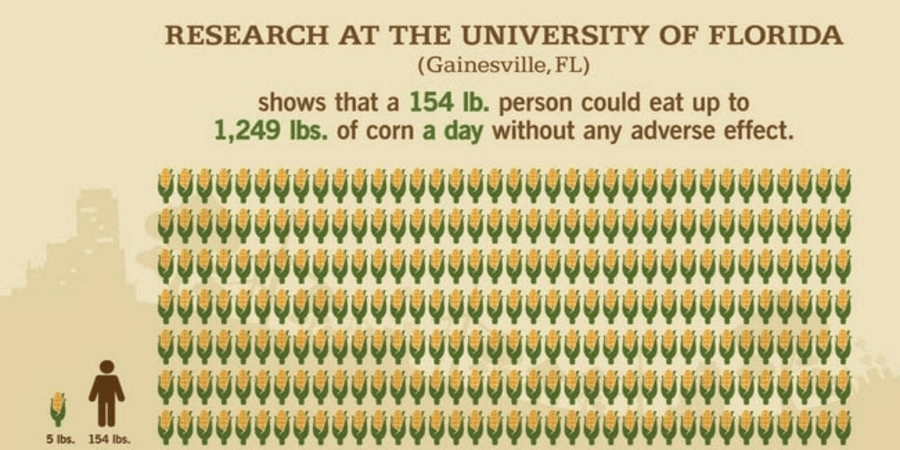 Abundant harvests are on the way

Prepare now for the satisfying bumper crop of vegetables you’ll be harvesting in a couple months. You know your neighbors are relying on you and your excess produce—especially zucchini.