Environmental stewardship is central to Milorganite operations. After 90 years, we’re one of the nation’s oldest and largest recycling programs. Milorganite continues to be trusted by homeowners and golf course superintendents alike for its consistent, long-lasting results—healthier lawns and gardens.

Since 1926, Milorganite has been a leader in supplying slow-release nitrogen fertilizer for residential and professional use. Milorganite production is one of the nation's longest-running recycling programs, but it’s not the type of recycling we think of today, such as cans, bottles, and paper. Milorganite’s parent organization, Milwaukee Metropolitan Sewerage District (MMSD), reclaims nutrients from wastewater using large-scale natural processes. The nutrients are converted to a form of fertilizer that can be safely used to grow vigorous lawns and gardens.

Milorganite was born out of the demand to improve the water quality, one of the scarcest resources on the planet. We may take it for granted, but more than nine decades ago; before Milorganite was first produced, sewerage from Milwaukee’s growing population and industrial activities put our waterways and residents at risk.

Reclaiming wastewater using the biosolids process remains as cutting edge today as it was in the early 1900s. Using natural processes, organic matter and its many nutrients are consumed by microorganisms. But there was a problem with what to do with the resulting material that remained—the abundant volume of microbes.

Rather than disposing of the plentiful, nutrient-rich microbes into landfills, Milwaukee’s answer was to produce Milorganite, a slow-release nitrogen fertilizer. The resulting material is heat-dried to kill pathogens and form an easy-to-apply pelletized product with significant plant-growing qualities.

Milorganite forever changed fertilizer production for both residential and commercial use and was instrumental in establishing turfgrass research. Milorganite represented a true breakthrough as the first pelletized, dust-free fertilizer that provided multiple nutrients in a single product and could be safely applied without the risk of burning. Prior to this, animal manures and single nutrients were typically used.

In the early 1900s, research began to investigate the properties of this revolutionary slow-release nitrogen fertilizer that resulted from Milwaukee’s wastewater treatment. This was the beginning of turf science.

Oyvind Juul (O.J.) Noer was instrumental in the success of Milorganite as well as establishing the turfgrass industry. His achievements were so advantageous he was formally given the title “Mr. Turf” by the Golf Course Superintendents Association of America. 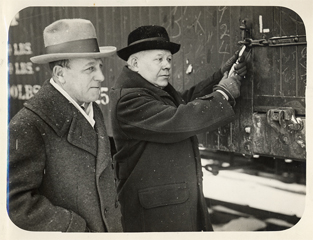 In the early 1900’s, Milwaukee’s Sewerage Commission established a fellowship at the University of Wisconsin–Madison College of Agriculture to investigate the many potential applications of Milorganite as a fertilizer. Noer led the work and conducted extensive field trials rather than relying on chemical analysis, which was standard for the day.

After experimenting with field crops and vegetables, Noer used this new slow-release nitrogen fertilizer on golf course turf with superior results. As word spread across the country among golf course superintendents about this new fertilizer, Noer knew he had a commercially viable product.

The soils-testing laboratory established by Noer was the first of its kind in the United States. Noer developed soils testing protocols and evaluation tools that were so far beyond his time some of them are still used today.

Noer Wrote the Book on Turfgrass

Throughout his career, Noer extensively spoke at turf conferences and wrote on the subject of turfgrass and fertilizer, including a series of articles titled The ABC of Turf Culture, which was later published as a book and represents one of the earliest comprehensive books on the subject of turf maintenance. Noer achieved venerable stature within the turf industry for his willingness to share his vast knowledge of turfgrass. During his time with Milorganite, it’s estimated that he visited more than 80 percent of the golf courses in the country assisting greenskeepers to diagnose and offer advice on how to treat turf problems based on research-based knowledge.

Environmental stewardship and agronomic research remain top priorities at Milorganite, and for over 90 years we continue to produce a valuable slow-release nitrogen fertilizer trusted by homeowners and turf professionals. 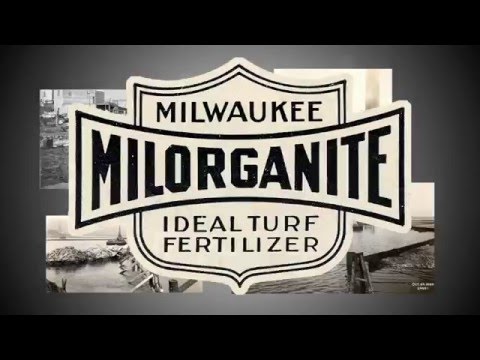